(Our Mossy. More photos of  Mossy’s week with us, and her release, at the end of this post)

When introduced to one of my daughter’s dolls, most guests politely ask, “What’s her name?”

“She doesn’t have a name,” my daughter replies, although occasionally she does give our last name as the doll’s first, or says, “Her name is BABY.”

But two weeks ago, while I was at the dentist and my parents were babysitting, my Dad and the kids found a hatchling snapping turtle seeking shelter under a car at the beginning of its journey across a vast expanse of asphalt.

We will never know exactly how it came to be there. Did its mother come up this far from the river to nest? Did a bird find it an unsuitable supper and let it drop from above? Its arrival would remain a mystery, but there was absolutely no question about its name.

“Mossy!” my daughter screamed out, cutting off my question, “What’s her nam…”

I was home from the dentist, but not even out of the car.

“Mossy! We found her on the driveway!”

My daughter was running toward me carrying a Tupperware.

Inside, a dark brown, tiny snapping turtle hatchling, no more than an inch-and-a-half long, bounced and banged, head tucked deep inside its shell.

My daughter stretched her arms up so that the Tupperware, and the turtle, were close to my face.

“Let’s go inside and get warmed up.”

That evening, when we went to our neighbor’s high school volleyball game, Mossy stayed home in her Tupperware, which was placed in the pantry, with the door closed. I wasn’t sure how cats and turtles got along.

When we got home, we found Mossy buried beneath the damp paper towel.

The kids wished her goodnight, and once they were tucked in, too, I opened my laptop.

It was time to learn about turtles.

Quickly I discovered that:

1. That they like to be fully submerged (for a hatchling, the water in their tank/Tupperware should be as high their shell when they are turned sideways).

I ran to the kitchen and added water to the Tupperware.

I ran out to the kitchen again and placed two rocks in the tupperware. On top of them I draped a leaf. Mossy swam/walked into her cave immediately.

3. They like to eat meat. Suggestions: ghost shrimp, worms. They will eat red leaf lettuce, too.

I fed Mossy what I had: lettuce, strawberry, sweet potato and some raw hamburger.

4. In captivity, snapping turtles can live to be fifty years old and weigh forty pounds!

Well then….OK…Let’s see… I GUESS when Mossy gets too big for a tank we can build her a pond out back where she can…can…live…FOREVER!?

That night I brought Mossy with me to bed. She could sleep in her Tupperware on my nightstand. While I was reading, Mossy repeatedly stuck her little head out of her shell and way, way up out of the water to, well, look at me.

I also kept hearing a little squeaking sound, and went to sleep with a final text to my brother, a turtle lover, saying, “Good night from Mossy! She’s squeaking at me!” and a contented sigh.

As it turns out, turtles don’t squeak. Their claws, however, can make a squeaky sound when scraping against the bottom of a plastic Tupperware.

But I didn’t care. Mossy and I were already kindred spirits.

I imagined myself walking out to her pond, my gray hair blowing in the breeze. I’d sit next to her as she sunbathed and read a book, thinking back on all the years we’d had together….she’d have been their for bonfires, football games, graduation parties, backyard weddings…she’d have been there for everything.

The next day the kids wanted to see Mossy first thing. They moved her to the breakfast table.

My daughter ran to get the book.

But as I settled in to read it, I felt…uneasy.

The day before, when I mentioned that we might keep Mossy, my mom had said, “But just think about what happens in the book!”

And now I was.

The book begins, “On a misty, moisty morning, a young turtle stood on the edge of Lilypad Pod. Her name was Mossy.”

Lilypad Pond sounded much safer than Asphalt Driveway, and more romantic than The Oconomowoc River, where I’m sure our Mossy was headed, but even so there were obvious parallels already.

Mossy, the book, tells the tale of a beautiful turtle who grows a wildflower garden on her carapace. She is a happy turtle, until the fated day when she meets her true turtle love (Scoot, the “ruby-red” eyed turtle) only to shortly thereafter be found by a young girl named Tory and her Aunt, Dr. Caroline, a biologist and curator at a nature museum. Dr. Caroline captures Mossy and takes her to live at the museum.

Even though the book Mossy’s habitat is far superior to our Mossy’s Tupperware and paper towels, “…Mossy already had everything she needed back at Lilypad Pond, and she longed to go home and find her new friend.”

After a year, Tory helps her Aunt understand that Mossy wants to go home. Dr. Caroline has a picture of Mossy painted to replace the live exhibit, and finally, one evening, Dr. Caroline and Tory take Mossy back to Lilypad Pond.

“Together they said goodbye…” “Mossy was home.”

And years later, on the “…misty, mosity edge of Lilypad Pond, an old turtle still stands. Her name is Mossy.”

“Well, what to do you think, kiddos?”

Visions of trips to the pet store to buy ghost shrimp and Earthworms had spoiled my dreams; and would my husband really want to build a forty pound turtle a pond?

With a river just thirty feet away?

“Should we do what Tory did?” I asked.  “Should we let our Mossy go home? To see her Mommy and her friends?”

As quickly as she had named this turtle, my daughter started sobbing thinking of her release.

This was a Friday. We were heading out of town for the weekend, and Mossy, with the top on her Tupperware, came with us.

We stopped at a pet store on the way.

“What do you think about keeping a snapping turtle as a pet?” I asked.

“Don’t,” the storeowner replied. “You could let it go right now down at the lake?”

Even though deep down I now agreed, I answered, “Oh no! We would have to take her home to let her go. We’ll let her go on…Monday, yes, Monday.”

Over the weekend I changed Mossy’s water and continued to build her Tupperware habitat, but by Monday, when we were home, Mossy still hadn’t been fed even one ghost shrimp or wiggly worm (although she had taken a reluctant bite of cooked chicken).

That morning over breakfast we read Mossy again. “I think it is time to let Mossy go,” I said, bracing myself.

And so we waited one more day.

On the most beautiful morning of the month, so cool there was frost on the late-blooming roses, so still we could stand under the Maple tree and watch the leaves drop without even a breath of wind to blow them, we walked Mossy down to the riverbank.

I had read that snapping turtles love the slow moving water of a river and the mucky, murky bottom.

We stepped down off the bank into the mud.

“Not too close!” I said, grabbing onto my son’s hood.

“Let’s see…where would be the perfect place to let Mossy go?”

“Right there!” my daughter pointed.

I gently lifted Mossy out of her Tupperware and set her in the shallow water; beneath her was an oozing bed of leaves and muck.

The water was very cold.

“This isn’t right,” I thought. “What if she doesn’t make it? Maybe she has a better chance with us? And I know it isn’t good to keep a turtle and then, years later, release it, but why couldn’t we try that? We could keep her for a few years and then let her go…her odds would be as good…or bad…at that point as they were last week when she was lost on the driveway…

…she needs us! What is she doing? Look at that…she’s looking back up at me. She wants to come back inside…she’s too cold…she doesn’t know what to do…”

Twice now, Mossy had lifted her head above water and looked at us. With one of the breaths, a dead spider had floated right in front of her nose…

“Ok…maybe that’s a sign,” I kept thinking. “There’s the food she’s been waiting for all week…we have to let her go…”

Mossy didn’t eat the spider. We kept watching her, holding very sill. My hand at the ready to reach down and pull her back out….

But right after her final look at us, after she took that second deep breath, she scooted, snuggled, wiggled, and worked her way down into the muck.

In less than a minute she was almost completely camouflaged, and the only reminder that Mossy was there at all were the little bubbles popping at the river’s surface.

I sighed. And I still sigh when I look out the window, and down to the corner of the riverbank, where I imagine Mossy is still buried in the bottoms, waiting out the cold of winter.

It’s wishful thinking, I know, but I’d love to be down at the water’s edge when she wakes up…

Our Mossy, peeking/”squeaking” at me on the first night:

Mossy after we let her go. Can you find her?

The roses that beautiful morning: 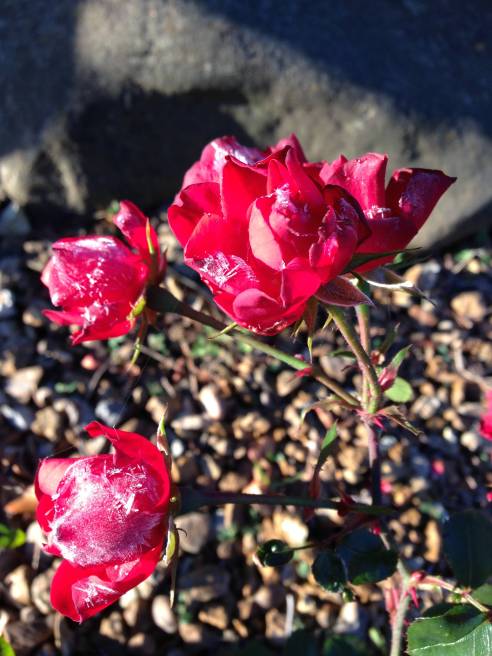 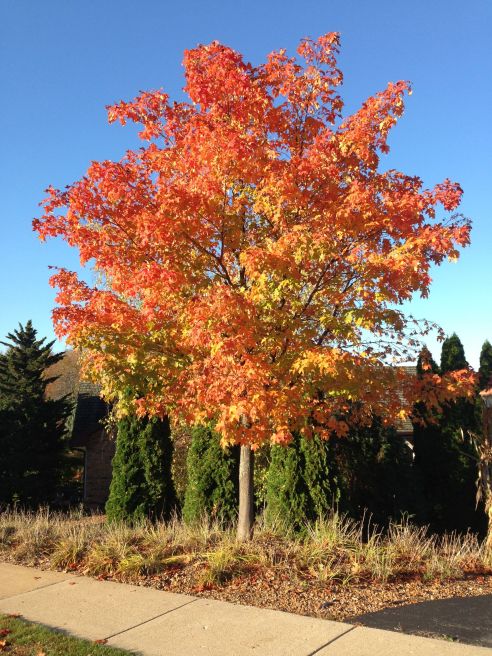 3 Responses to “PBH Short Story: Memories of Mossy, Our Turtle for a Week”